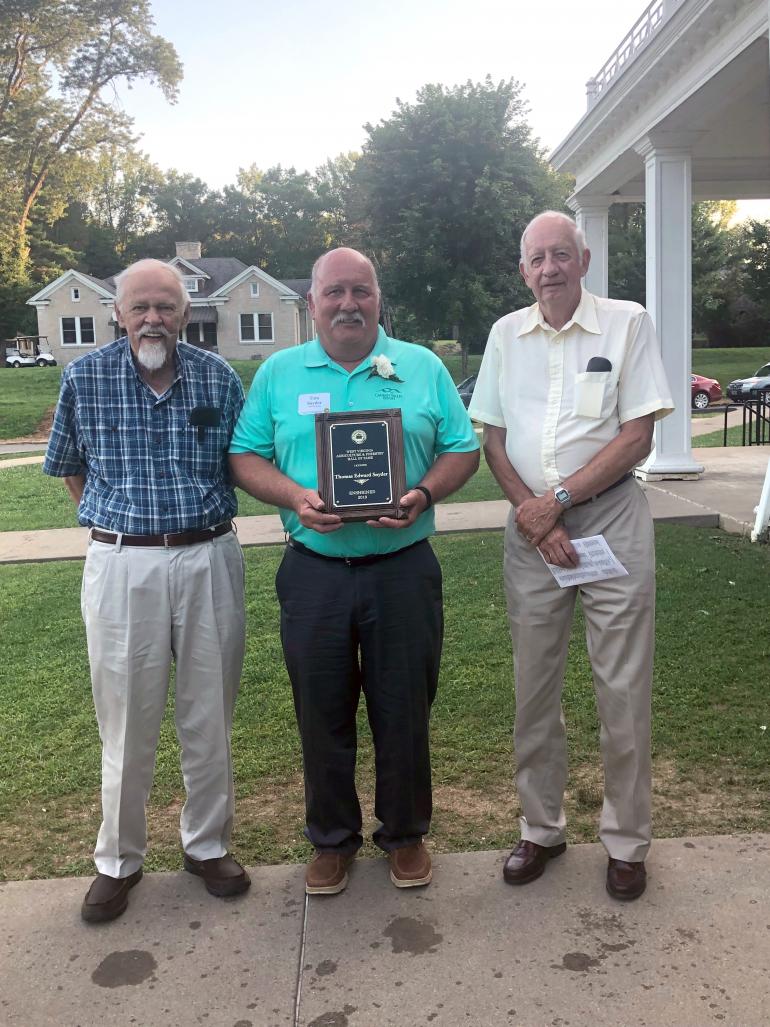 However, his work and positive attitude have led to a distinct honor. Earlier this year he was enshrined into the West Virginia Agriculture and Forestry Hall of Fame. The ceremony took place at WVU Jackson’s Mill in Lewis County and recognized West Virginians who have made significant contributions to agriculture and forestry in the Mountain State.

“I was totally blown away when I found out I was being inducted,” said Snyder.

He was notified about the honor by GSC Professor Emeritus and fellow Agriculture and Forestry Hall of Fame inductee Ed Grafton. “After he told me he asked why I wasn’t saying anything because he knows that isn’t typical with me, not talking. I told him that I wasn’t saying anything because I didn’t know what to say…it was totally unexpected and just truly an honor,” he added.

Snyder, a 1982 Glenville State graduate, has worked in the GSC’s Department of Land Resources since 1984.

In addition to guiding lab courses at GSC, Snyder has also worked to establish a nature trail at the Gilmer County 4-H Center and received the National Graduate Forest Technician Achievement Award in 2001 from the Council of Eastern Forest Technology Schools.

He and his wife Patty reside in Camden, West Virginia and have a son, Thomas.