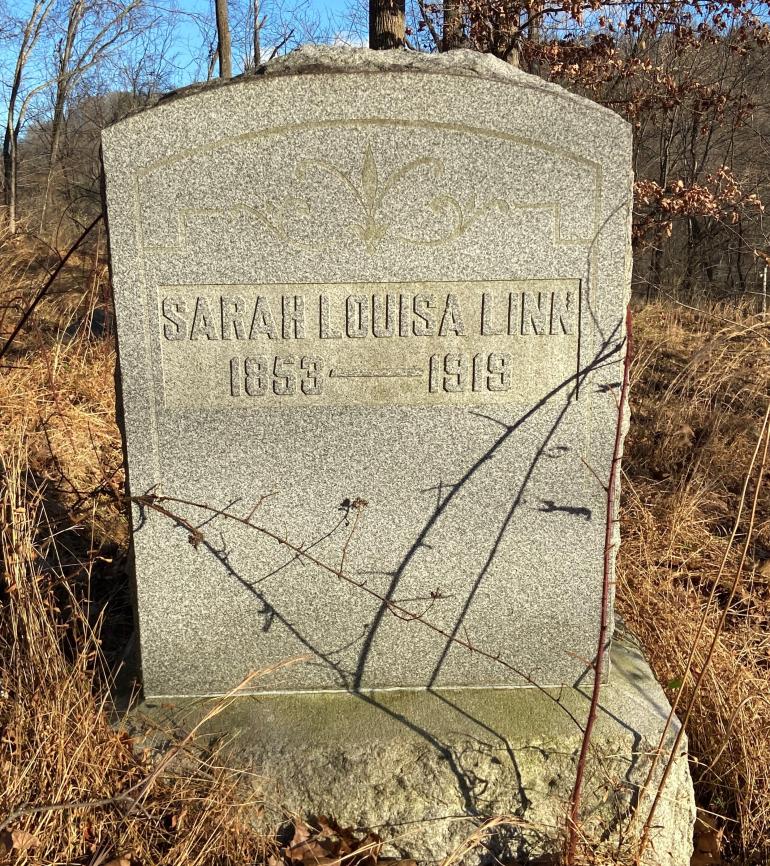 In its illustrious tenure, Glenville State University (GSU) has had its fair share of ghost stories and hauntings, as many institutions dating from 1872 might. In spite of those rumors, people continue to live on the property till this day.

Our best-known ghost, Sarah Louisa Linn, better known as Sis, was born in 1853. Oddly, no official record of her birth or death exists in county. In any case, Linn Street in Glenville was named for her family. She was Scotch-Irish and was described as a respected Christian lady in her time. She trained as a teacher and was the only graduate of the Glenville Branch of the West Virginia State Normal School (now Glenville State University) in 1877. She wrote a brief history paper for one of her classes in her final year at Glenville Normal titled “History of Gilmer County,” where she tells what the county was like before 1870. She taught classes in Glenville, Fairmont, Mingo County, Randolph County, Gilmer County, and Fairmont Graded. She was part of the Officers of the Alumni Association from the class of 1877. She married I. L. Chrisman in June 1905 and claimed her husband abandoned her in less than six months for no reason, according to court documents, so in 1909 she filed for a divorce, which was granted.

Sis was about 66 years old and possessed considerable property which stood in the space between where the science and physical education buildings now stand when, in February of 1919, she was mysteriously murdered. She was discovered beaten to death in the bedroom of her home by cashier Howard R. Brannon of the Glenville Banking and Trust Company, stockholder, and patron of said bank (Sarah Linn’s nephew); Fred Lewis (the mayor); H. L. Ewing and his wife; Laura A. Dole; and F. N. Hays. The entire group traveled to her residence after hearing no one had seen or heard from her in a few days. They looked in the window with a flashlight to find chairs turned over, the table upset, and paper strewn over the floor. Upon discovering an open door on her back porch, everyone entered to find Sis’s body. A bloody club was found nearby. It seemed no valuables were missing.

On Thursday, February 20, The Glenville Democrat printed an edition with her death as the headline, claiming it was “the foulest, most bloodthirsty crime ever perpetrated in Gilmer County.” The murder was believed to be premeditated. On possible motive was the belief that from 1909-1919 Sis was making and selling wine illegally. The next month, a reward $3,750 was said to be offered by Linn Brannon, administrator of the estate. The Gilmer County court offered an additional $1,250 for the apprehension of her murderer or murderers.

She left an estate of $9593.24 as well as a lot in Glenville valued at $1700, which she inherited from her mother. N. E. Rymer, Clerk County Court, Glenville, West Virginia received a letter from the State Tax Commissioner, W. S. Halaman, to get a certificate of release against the estate of the late Sarah L. Linn, which was granted on June 23, 1920.

There have been witnesses at GSU that opened up about the encounters they had with Sis, saying she travels across the campus. Most experiences with her occur at Clark Hall because five years after the murder, officials from Glenville Normal School purchased Linn’s property, razed the house, and made new structures for GSU. Her ghost is said to appear around midnight on Halloween and a former maintenance worker heard her shortly after five in the morning.

Several different theories of the crime have surfaced over the years, the most popular being that the person or persons involved in the crime were part of a local elite family and a cover-up took place. For more information on our most notorious graduate, check out the holdings at the Robert F. Kidd library in the Sarah Louisa Linn Collection.