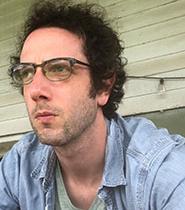 Dr. Chapman specializes in 18th- and 19th-century U.S. literature and is particularly interested in the way sea narratives shape concepts of U.S. civic and imperial practices. At Glenville, Dr. Chapman teaches the American literature courses, Women’s Literature, and first-year writing courses. As a lecturer at the University of Pittsburgh, he taught a range of courses that included Bible as Literature, Narrative and Technology, Detective Fiction, and The Western.

Proprietor, Part of the Farce

Dr. Chapman is currently finishing articles on labor and work in Little Women, the insufficiency of sousveillance in slave narratives, and William Dean Howells’s ecological criticisms of industry. An article on James Fenimore Cooper’s promotion of the sailor as an imperial American citizen is under review at ESQ.

“How Professional Wrestling Flung Itself into the Arena of the Opionionated Class,” Popmatters, 28 Aug. 2017.

“Down on the Wharf: Frederick Douglass and Maritime Radicalism.” The Society for the Study of Multi-Ethnic Literature of the United States (MELUS) Conference, March 2019, Cincinnati, OH.

“The Underground: German-American Fiction, Equality, and the Midwestern Ghosts of 1848.” The Society for the Study of Multi-Ethnic Literature of the United States (MELUS) Conference, March 2019, Cincinnati, OH.